A wry and revealing political memoir from the man behind the celebrated diaries: A View from the Foothills, A Walk-On Part and Decline & Fall

All serious politicians are supposed to possess a hinterland, but not all do. Chris Mullin was one who did. By the time he entered parliament he had reported from the wars in Vietnam, Laos and Cambodia and tracked down the survivors of the CIA operation in Tibet. He was the author of three novels, including the classic A Very British Coup. His successful campaign to free the innocent people convicted of the Birmingham bombings was described as 'one of the greatest feats ever achieved by an investigative reporter'.

Elected to parliament, aged 39, he quickly established himself as a fearless inquisitor before going on to become a minister in three departments. His three volumes of diaries have been widely acclaimed as the best account of the Blair years and the rise and fall New Labour. He left parliament in 2010 ('better to go while people are still asking why rather than when'). These are his memoirs. 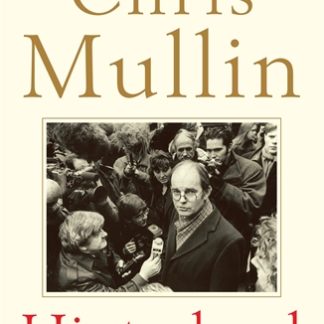 You're viewing: Hinterland (B Format Paperback) £9.99
Add to basket