In the Isle of Man, the name of William Christian of Ronaldsway (known as 'Illiam Dhone' by his fellow countrymen even today) still resonates with drama and controversy 350 years after his hurried execution. The fate of this seemingly obscure 17th century Manx official sent shock waves far beyond the shores of his island home, unexpectedly provoking the wrath of King Charles II and rocking the English legal system to its foundations.

William Christian was the most trusted employee of the Earls of Derby, the feudal lords of the Isle of Man, yet in the turmoil of the English Civil War this loyal servant surrendered the Island to Oliver Cromwell's Parliamentarian forces. Was this the action of a traitor, or of a patriot, defending the Manx people and their traditions? Or was he simply an opportunist, motivated by nothing nobler than self-interest?

Illiam Dhone briefly flourished under Cromwell, but mysterious setbacks and allegations (of embezzlement, plotting a coup and even impregnating his own illegitimate daughter) dogged him until the Restoration, when the new Earl of Derby took revenge and put him on trial. Although a 'silver-tongued orator', Illiam refused to plead and was shot by a firing squad.

This intriguing story casts fascinating light on the little-known history and traditions of the Isle of Man, which underpin its unique relationship with England and the UK today. 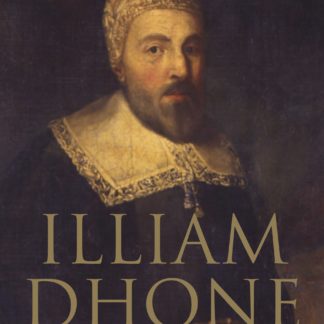