Award-winning author Raja Shehadeh explores the politics of language and the language of politics in the Israeli Palestine conflict, reflecting on the walls that they create – legal and cultural – that confine today's Palestinians just like the physical borders, checkpoints and the so called 'Separation Barrier'.

The peace process has been ground to a halt by twists of language and linguistic chicanery that has degraded the word 'peace' itself. No one even knows what the word might mean now for the Middle East. So to give one example of many, Israel argued that the omission of the word 'the' in one of the UN Security Council's resolutions meant that it was not mandated to withdraw from all of the territories occupied in 1967. 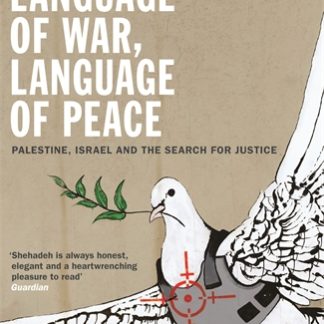