A last bell is sounding for public education in America. It's time to take a free market approach.

In the mid-nineties, the Alfred Glickman School was just another failing school in one of America's most violent cities. Then SABIS®, a private, for-profit education provider, took over. Twenty years later, the school is a six-time silver medalist in U.S. News & World Report's annual "America's Best High Schools" listing, and every single graduate of the school has been offered a college place.
With success of this magnitude, you would think that for-profit managed charter schools like SABIS would be in high demand. On the contrary, they are fought at every turn. Why is the idea of employing for-profit companies to help rescue failing public schools treated with fear and hostility? Stranger still, why does a nation built on free enterprise refuse to embrace a free market strategy when so many students and schools would clearly benefit and with so much at stake?
Last Bell is a book about politics, money and power. It examines the charge that for-profits running charter schools are in it for the money, not the kids, and reveals the real motives of those spreading these ideas and why they fight private sector involvement in public schools. Last Bell is a reasonable voice in a polarized debate. It does not call for an end to public schools but rather imagines a future in which private companies help create a competitive market for public education to boost performance, turn derelict schools into centers of excellence and give parents even in the worst neighborhoods real choice and their children a future. 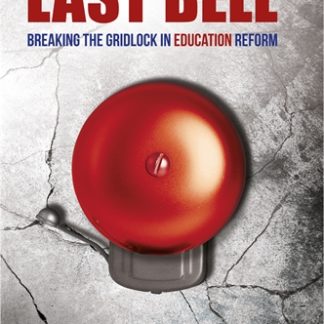