Picking up where bestseller Nella Last's Peace left off, this fascinating diary from the 1950s delves into the thoughts, feelings and daily life of housewife, mother and skilful narrator Nella Last, as well as that of her family, friends and neighbours.

'I can never understand how the scribbles of such an ordinary person … can possibly have value.'

So wrote Nella Last in her diary on 2 September 1949. Sixty years on, tens of thousands of people have read and enjoyed the first two volumes of her uniquely detailed and moving diaries, written during World War II and its aftermath as part of the Mass Observation project, and the basis for BAFTA-winning drama Housewife 49 starring Victoria Wood.

This third compelling volume sees Nella, now in her sixties, writing of what ordinary people felt during those years of growing prosperity in a modernising Britain. Her diary offers a detailed, moving and humorous narrative of daily life at a time that shaped the society we live in today. It is an account that's full of surprises as we learn more about her relationship with 'my husband' (never 'Will') and her fears of nuclear war. Outwardly Nella's life was commonplace; but behind this mask were a penetrating mind and a lively pen.

As David Kynaston said on Radio 4, Nella Last 'will come to be seen as one of the major twentieth century English diarists.' 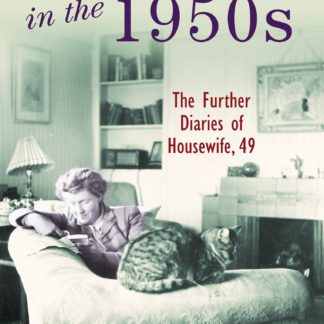