Our Revolution (B Format Paperback)

An inside account of Sanders' extraordinary campaign – and a blueprint for future political action.

Bernie Sanders is one of the most influential voices in a global movement fighting injustice. He has dominated two Democratic primary races, and changed the political conversation around the world. But he began as an unknown underdog. So how did he get here?

In this remarkable memoir, Sanders shows how a young man from Brooklyn, via Civil Rights demonstrations and a lifetime of independent politics, became one of the most radical voices in America. He provides a unique insight into the campaign that galvanized a movement, and shares experiences from the campaign trail as well as the ideas and strategies that shaped it. And, drawing on decades of experience as an activist and public servant, he outlines his vision for continuing this revolution. 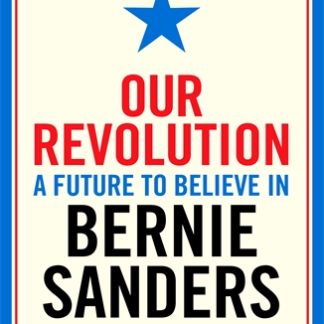 You're viewing: Our Revolution (B Format Paperback) £12.99
Add to basket