Out of the Shadows (Hardback)

A biography of the acclaimed war photographer

Gerta Pohorylle was born in Stuttgart in 1910. As a young woman she rebelled against Nazism and escaped to France in 1933. In 1934 she met a young photographer called Andre Friedmann and adopted his profession. The two decided to travel to Spain to photograph the Spanish Civil War and took on new identities, Pohrylle became Gerda Taro while Friedmann became Robert Capa.

Gerda Taro is believed to have been the first female photo-journalist to photograph a battle from the front lines while covering the Spanish Civil War, and was the first to die covering a war. Many of the photos attributed to Capa are, in fact, Taro's. She was the great love of Capa's life but her own life was as extraordinary in its intensity and drama.

She was killed in 1937, photographing the battle of Brunete and became a symbol of the antifascist movement. 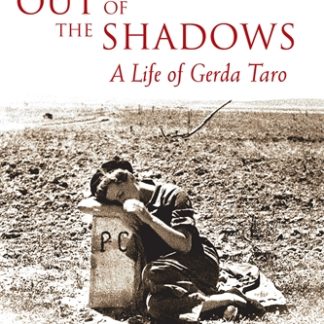