Realms of the Human Unconscious (Epub)

Observations from LSD research: the classic book of a radical new psychology

Stanislav Grof is one of the founding fathers of the modern consciousness movement and here is his pioneering work, Realms of the Human Unconscious, reissued for a new generation that has found Grof's work to be increasingly important for their time.

Dr Grof views LSD as an unspecific amplifier of the unconscious. He has developed an understanding of the domains of the unconscious (Freudian, Jungian and Rankian) which unfold under the LSD experience that forms the basis for his radical psychology. He explains a range of fundamental discoveries, previously mysterious, that change the way we think about human potential.

LSD has the potential to be used in study of schizophrenia, psychiatry and psychotherapy; as well as its role in a deeper understanding of art, mythology and religion. Dr Grof's extensive research has included experiential psychotherapy using psychedelics, alternative approaches to psychoses and the understanding of psychospiritual crises.
Realms of Human Unconscious is Stanislav Grof's classic introduction to non-ordinary states of consciousness, and the foundation of his work on transpersonal psychology. It has proved to be a map to the inner transformation that we need and a revolutionary guide to living in the world with spiritual intelligence. 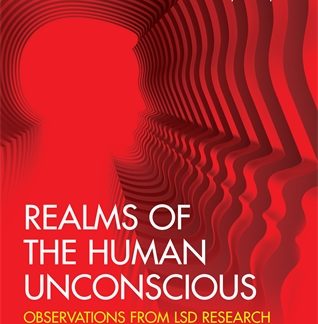 You're viewing: Realms of the Human Unconscious (Epub) £10.99
Add to basket