A dramatic romance set in late 1800s in the Hindu Kush.

The year is 1897. Deep in the mountain wilderness of the Hindu Kush, a seventeen year-old English girl is brought to the primitive tribal kingdom of Shul to be sold as a slave. Her ordeal endures for two long years before at last there comes the chance of escape to Lalla, as she is called, who believes herself to be Jemimah Lawley, heiress to the great house and estates of Witchwood in the county of Surrey. On the hazardous journey of escape across Afghanistan with a man who hates her, she hears for the first time a name that will later echo menacingly in her life… the name Stormswift. Once home, she faces the shock of being compelled to doubt her own identity. Is she truly Jemimah Lawley, or is she suffering from a delusion caused by her degrading ordeal as Lalla of Shul? Soon she is plunged into a new world, where she finds there are others who, like herself, are perhaps not what they seem to be. Life in England brings her strange adventures and a touching friendship, but also the heartbreak of love without hope. In these pages Madeleine Brent has woven a tale of many surprises as mystery after mystery unfolds, but strangest of all is the mystery which causes Lalla of Shul to return to the barbaric land of her captivity, there to encounter the dark shadows of death and disaster before she at last finds the happiness she believed could never be hers. 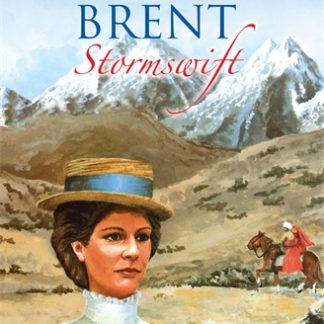 You're viewing: Stormswift (B Format Paperback) £18.00
Add to basket