Strangers in the House (B Format Paperback)

An extraordinary and moving memoir by the award-winning author of Palestinian Walks – updated with a new foreword.

Raja Shehadeh was born into a successful Palestinian family with a beautiful house overlooking the Mediterranean. When the state of Israel was formed in 1948 the family were driven out to the provincial town of Ramallah. There Shehadeh grew up in the shadow of his father, a leading civil rights lawyer. He vowed not to become involved in politics or law but inevitably did so and became an important activist himself.

In 1985 his father was stabbed to death. The Israeli police failed to investigate the murder properly and Shehadeh, by then a lawyer, set about solving the crime that destroyed his family. In Strangers in the House, Shehadeh recounts his troubled and complex relationship with his father and his experience of exile – of being a stranger in his own land. It is a remarkable memoir that combines the personal and political to devastating effect. 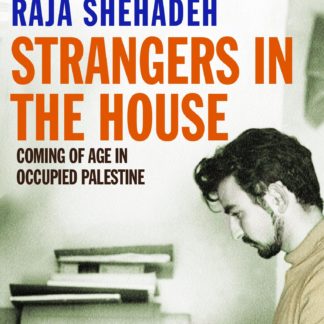 You're viewing: Strangers in the House (B Format Paperback) £10.99
Add to basket