Entrancing … an excellent guide, full of fascinating characters and juicy anecdotes … Having been to the Alhambra many times, after reading this wonderful book I wished to go back – and see it for the first time.

The Alhambra, the 'red fort' on its rocky hill above Granada with its fountained courts and gardens and intricate decoration has long been a byword for exotic and melancholy beauty. In a stimulating new book in the 'Wonders of the World' series Robert Irwin, Arabist and novelist, examines its engrossing and often mysterious history.

Built by a bloody and threatened dynasty of Muslim Spain, the Alhambra was preserved as a monument to the triumph of Christianity. Much of what we see is the invention of later generations. Its highly sophisticated decoration is not just random but full of hidden meaning. Even its purpose – palace or theological college – is not always clear. Its influence on art, and on literature, orientalist painting and Granada cinemas, Washington Irving and Borges, has been significant. Robert Irwin enables us to understand the Alhambra's history fully.

'The Wonders of the World' is a series of books that focuses on some of the world's most famous sites or monuments. Their names will be familiar to almost everyone: they have achieved iconic stature and are loaded with mythological baggage. These monuments have been the subject of many books over the centuries, but our aim, through the skill and stature of the writers, is to get something much more enlightening, stimulating, even controversial, than straightforward histories or guides. 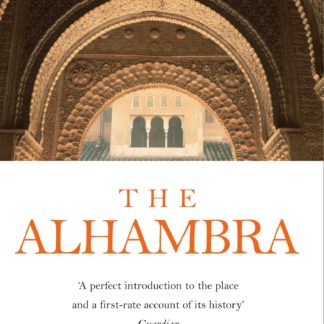