The Celts (B Format Paperback)

A short history of one of Ancient Britain's most enigmatic civilisations

A WATERSTONES BEST HISTORY BOOK OF 2022

'Simon Jenkins, as ever, writes with clarity and insight' Times

'One of the liveliest commentators in Britain, always worth reading and pleasingly contrarian' Jeremy Paxman, Guardian

Who were the Celts? Were they a people, a civilisation, an empire, or a fiction of historical imagination? They flit as ghosts through Europe's ancient past, purported ancestors of the Irish, Welsh, Scottish, Cornish and Bretons.
Yet they have never been identified with any one land, or with any one history or language.

Simon Jenkins argues compellingly that the 'Celts' is a misleading concept, bundling together quite distinct peoples. The word keltoi first appears in Greek, applied generally to aliens or 'barbarians' – and theories of Celticism continue to fuel many of the prejudices and misconceptions that divide the British Isles to this day.

Fascinating and increasingly relevant, who the Celts were – or weren't – goes to the heart of the ongoing argument over the future of a dis-United Kingdom. 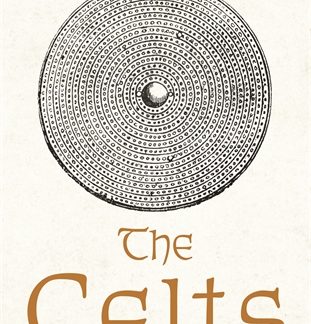 You're viewing: The Celts (B Format Paperback) £10.99
Add to basket