The Forbidden City (B Format Paperback)

At the heart of Beijing lies the great walled compound of the Forbidden City, whose changing fortunes have run parallel with China's dramatic history – empire, nationalist rule, the rise of communism and the Cultural Revolution. This amazing portrait bursts with scholarly enthusiasm for a truly astonishing monument.

Built by the Ming emperor in the fifteenth century as the earthly reflection of the realm of the Jade Emperor – whose court was said to rule over the whole universe – the Forbidden City consists of a series of courtyards that surround the majestic Hall of Supreme Harmony. The life that went on inside this magnificent structure is chronicled in the context of the many characters that shaped its history; from the Ming and Manchu Emperors who ruled in its splendour, to the Dowager Empress who presided over its decline. Nearly 600 years after it was built, the Forbidden City is still undoubtedly one of the greatest Wonders of the World. 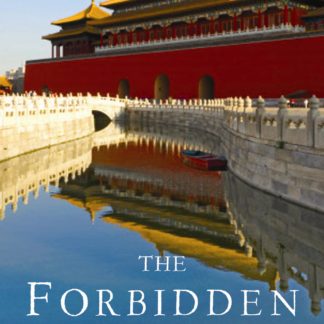 You're viewing: The Forbidden City (B Format Paperback) £10.99
Add to basket