The Gods of Olympus: A History (Epub)

The afterlife of the classical gods: how they travelled the world, shaped our history and culture, and turned up in the strangest places, from Chinese cave temples to Borges' dreams. Now in paperback.

Elegant and entertaining, this is the history of the most vibrant characters in classical civilisation. With their vast appetites, great beauty and warlike tendencies, it's hard to resist their pull on the imagination, even though, in antiquity, the gods of Olympus were just as often seen as cruel, over-sexed, mad or just plain silly. And yet they were survivors, whose story only began with classical civilisation.

Masters of re-invention (though never too hard to identify), they began to resemble pharaohs in Egypt and lead respectable Roman citizens in orgiastic rituals of drink and sex. Under Christianity and Islam they went undercover as demons, allegories, and planets, waiting for a triumphant re-emergence in a Renaissance vision of ancient beauty. They travelled east along the Silk Route to the walls of cave-temples in China, and west, colonising the Americas. They featured on Wedgwood teapots, attacked the poet Hölderlin, haunted Nietzsche, and visited Borges in restless dreams. Barbara Graziosi deftly traces the travels and transformations of these pagan deities from the distant past to the present, showing that the gods of Olympus remain potent symbols that help us to feel part of a broad and fascinating humanity. 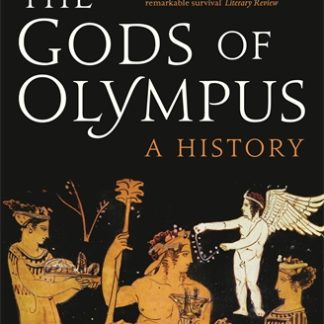