Discover the unsung pleasures of drinking in moderation, with one of Britain's most engaging broadcaster and columnists

'I've occasionally been asked why it is that I need to go for a drink before watching the Albion play. I've always answered with something lame, along the lines of, "You wanna try watching us sober" … where does this urge come from? I've raced off to games hours early to give me a chance to drink a lot of beer in a relatively short time … the craic is good, usually. Sometimes it isn't, Occasionally it's all rather boring. But I always make the effort. Why? Well..'

The popular broadcaster and columnist sets out to discover the unsung pleasures of drinking in moderation.

The recommended alcohol limit is 14 units a week. Adrian Chiles used to put away almost 100. Ever since he was a teenager, drinking was his idea of a good time – and not just his, but seemingly the whole nation's. Still, it wasn't very good for him: the doctor made that clear. If you lined them up, Adrian must have knocked back three miles of drinks. How many of them had he genuinely wanted? A mile?

There's an awful lot of advice out there on how to quit booze completely. If you just want to drink a bit less, the pickings are slim. Yet while the alcohol industry depends on a minority of problem drinkers, the majority really do enjoy in moderation. What's their secret? Join the inimitable Chiles as he sets out around Britain and plumbs his only slightly fuzzy memories of a lifetime in pubs in a quest to find the good drinker within. 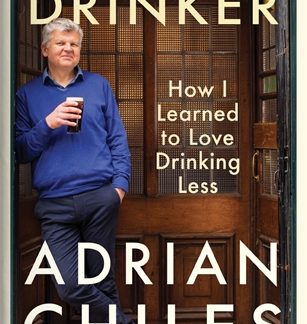