A masterful history of the First World War, covering all areas and explaining the technology and tactics that determined its course: now in paperback for the centenary

The Great War was the first truly global conflict, and it changed the course of world history

In this magnum opus, critically-acclaimed historian Peter Hart examines the conflict in every arena around the world, in a history that combines cutting edge scholarship with vivid and unfamiliar eyewitness accounts, from kings and generals, and ordinary soldiers. He focuses in particular on explaining how technology and tactics developed during the conflict – and determines which battles were crucial to its outcome. Combatants from every corner of Earth joined the fray, but their voices are rarely heard together. This is a major history of the conflict whose centenary is fast approaching.

Published in paperback for the anniversary of the conflict, this is a pioneering and comprehensive account of the First World War, comparable to Anthony Beevor or Max Hastings. 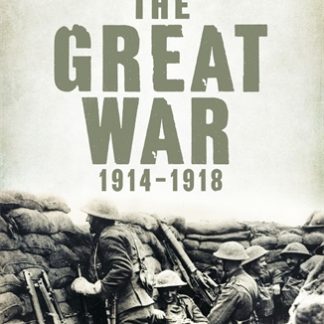