The Head of Kay's (Hardback)

First published as a serial in The Captain in 1904-05, this story by P.G. Wodehouse is set in a public school for boys.

P.G. Wodehouse first became a renowned comic writer with his sublimely comic school stories.
It is the general view at Eckleton School that there never was such a house of slackers as Kay's. Fenn, head of house and county cricketer, does his best to impose some discipline but is continually undermined by his house-master, the meddlesome and ineffectual Mr Kay. After the Summer Concert fiasco, Mr Kay resolves to remove Fenn from office and puts his house into special measures, co-opting Kennedy, second prefect of Blackburn's, as reluctant troubleshooter with a brief to turn the place around. But without the backing of Fenn, and the whole house hostile towards him, how can he achieve the impossible …?
In his public schools, Wodehouse first created an absurd, glorious and immortal world that will always remain. In his school tales, Wodehouse learned to combine his kindly wisdom with his rare skill of comic invention and phrasing. 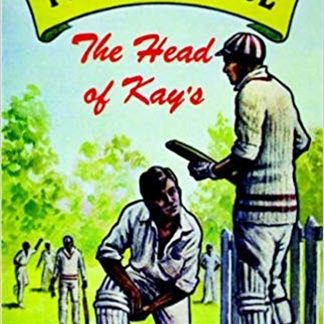