In the first detailed investigation of a legendary belief that can be traced back to the dawn of time, the bestselling author of The Lost World of Agharti examines the possibility of an inner world, a hollow Earth which could explain some of the greatest mysteries of our time. Was this hollow Earth inhabited before mankind set foot on the planet's surface? Did the people of Atlantis and Mu take refuge there when catastrophe overtook them? Do UFOs come, not from outer space, from inside our own Earth? Bringing together years of painstaking research, Alec Maclellan looks not only at the persistent historical tradition but at the work of great scientists such as Edmond Halley and Leonhard Euler, infamous figures such as Cotton Mather and Adolf Hitler, and extraordinary researchers, each of who has devised an explanation for the legend. There have been men who claimed to have visited the Hollow Earth and provided eye-witness accounts of their journeys.

Most thought-provoking of all is the vast amount of scientific evidence in support of the Hollow Earth concept, including explorers' reports of polar entranceways backed up by remarkable satellite photographs and evidence from unmanned spacecraft that other planets in our solar system may be hollow too. With many rare photographs The Hollow Earth Enigma explains how this extraordinary legend has captivated our imagination and how, despite its dismissal by science, it is scientifically possible. 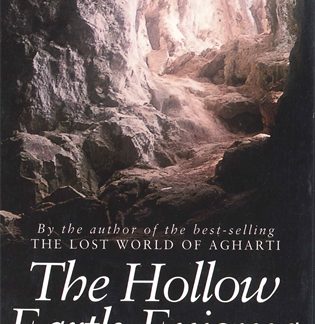 You're viewing: The Hollow Earth Enigma (Epub) £9.99
Add to basket