A sweeping and engaging history of the game of chess

Bestselling author David Shenk has written the ultimate story of how 32 carved pieces on a board illuminated our understanding of war, science and the human brain.

Chess is far more than just a game. Its rules and pieces have served as a metaphor for society. It has appeared in the writings of Borges, Nabokov, Tolstoy, Canetti, Eliot, to name just a few. It has helped form the military strategies that conquered civilisations, influenced the mathematical understandings that have driven technological change, and served as a moral guide. It has been condemned by Popes as the devil's game, yet presidents have used it to promote diplomacy.

Here, David Shenk chronicles its intriguing saga, from ancient Persia to medieval Europe to the dens of Benjamin Franklin and Norman Schwarzkopf. Along the way, he examines a single legendary game that took place in London in 1851 between two masters of the time, and relays his own attempts to become as skilled as his Polish ancestor Samuel Rosenthal, a nineteenth-century champion. With its blend of cultural history and Shenk's lively personal narrative, The Immortal Game is a compelling guide for novices and aficionados alike. 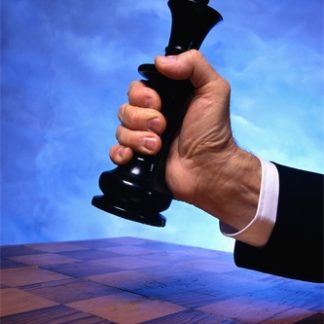