The Impoverishment of Nations (Epub)

Early in 2007 Leigh Skene warned of the danger of a meltdown in global markets. Now, while governments spend furiously to rescue the global economy, he again challenges received wisdom. In The Impoverishment of Nations, he prescribes a different solution, outlining a plan to deal with a very different economic future, following the financial crisis that ended the longest period of prosperity for some five hundred years.

We have entered a period of uncertainty, which has placed a huge burden on public finances. Governments have spent $10 trillion on bailing out financial institutions and other firms, including General Motors. We are at a tipping point and the future will be unlike the past – one of the most dangerous economic stages any generation can face.

In his penetrating analysis, Leigh Skene traces how we got here and what has to happen for the global economy to recover the ground it has lost in less than two years. He looks at the shift of economic power to emerging nations, the inevitability of deflation, the unfitness for purpose of the financial markets, how governments' share of output must shrink, how solvency not liquidity caused the current crisis, and how it is wrong to think you can borrow your way to growth. 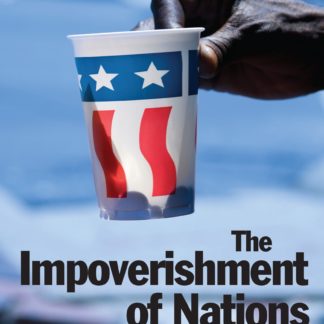 You're viewing: The Impoverishment of Nations (Epub) £14.99
Add to basket