The Lost World of Agharti (Epub)

One of the world's oldest legends tells of a vast network of underground tunnels and passageways linking the continents to a subterranean kingdom. This utopia is said to be inhabited by an ancient race of people who have lived in seclusion for centuries, hidden from the sight of mankind but aware of eberything happening on the surface of the earth. The underground country is called Agharti. Tales of this 'lost world' survive throughout the world and explorers have searched for it for centuries. It has fascinated figures from the English occultist Lord Bulwer Lytton, the Russian theosophist Madame Helena Blavatsky and, most surprisingly of all , Adolf Hitler who based part of his philosophy of world domination on the legend of the subterranean 'super race'. Hitler was attracted to the stories of Vril Power, an amazing force that can control man and nature. He believed that possession of this power would allow his dream of a Thousand Year Reich and he sent scientists and soldiers in search of this lost world. Alec MacLellan has pieced together the history of the Agharti, and tries to discover the tunnels that lead to Agharti. Based on evidence collected all over the world, and embracing subjects from the origins of the peoples of America, the occult secrets of Asia and the lost continent of Atlantis, MacLellan provides the first assessment of what Vril Power actually was. 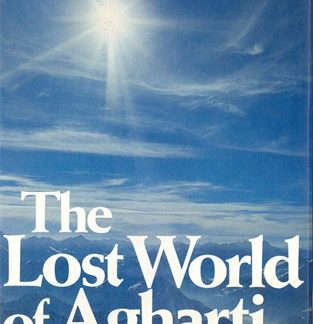 You're viewing: The Lost World of Agharti (Epub) £8.99
Add to basket