The best-selling book behind the BBC Drama The Monocled Mutineer, starring Paul McGann as the ringleader of the Étaples Mutiny, Percy Toplis, with a new introduction by John Fairley.

In 1917, British, New Zealander and Australian troops stationed at the Étaples Training Camp in northern France protested against the inhuman conditions. The mutineers commandeered the camp's weapons and marched into Étaples, holding the town for three days, attacking military police and the commander of the training camp, General Thompson.

Several of the mutineers were executed, but Toplis remained at large for three years. The Army immediately covered up the Mutiny; thousands of the participants would die shortly afterwards in the Passchendaele offensive. The survivors remained silent for over fifty years while all records of the Étaples Board of Enquiry were destroyed (the official files on the Mutiny were closed until 2017).

With original photographs and interviews with survivors of the Mutiny, as well as the friends and family of Percy Toplis, The Monocled Mutineer unveils the events of the Étaples Mutiny and the response of the government. Percy Toplis became one of Britain's most wanted men and was, eventually, killed by a policeman in 1920. Yet, as The Monocled Mutineer outlines, there are still a host of unanswered questions about Toplis and his role, if any, in the Mutiny. 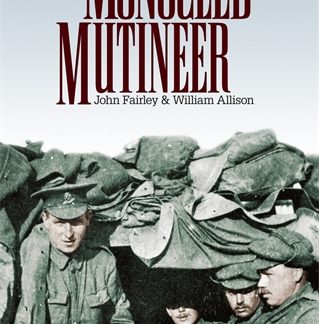 You're viewing: The Monocled Mutineer (Epub) £9.99
Add to basket