This is a fascinating and honest book which builds upon the classic Family and Kinship in East London published nearly 50 years ago reflecting the afterglow of wartime and the early construction of the welfare state. It provides a fine piece of contemporary history of the years between. It faces up squarely to the problems posed to the UK model of social democracy by the inflows of immigration which have transformed the demographic make-up of Tower Hamlets leaving many traditional Bethnal Greeners baffled and embittered. It is also very well written – itself a classic study in social research all the more poignant because his shared authorship makes it Michael Young's last published work.

This is non-fiction Brick Lane -what life is really like around Brick Lane and the East End. One of the most influential non-fiction books of the 1950s was Family and Kinship in East London which examined in great depth the life of people living in the dockland areas that had been so comprehensively destroyed in the blitz. What has happened since? In the 50 years since the whole area has gone into terrible decline; has been comprehensively redeveloped (sometimes more than once); and, most important of all, has seen the traditional families largely leave, to be replaced by a huge influx of Bangladeshi families – many of whom are now into the second generation. What are their lives like? How is the community coping with the radical change? What are relations like between the old white population and the new Asian population? Does government policy affect racism? (Here the authors show – startlingly – that housing policies have made race relations much worse and must be changed. This will be very controversial). The book is a comprehensive examination of life in one of the most intriguing parts of England – but it stands for all Britain, and indeed everywhere in the world with large new immigrant populations. 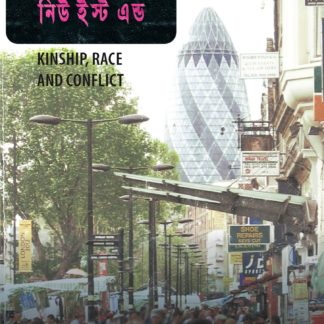