The Rise of Rome (Epub)

A fresh, original account of the origins and rise of the ancient world's greatest imperial power

In the late Iron Age, Rome was a small collection of huts arranged over a few hills. By the third century BC, it had become a large and powerful city, with monumental temples, public buildings and grand houses. It had conquered the whole of Italy and was poised to establish an empire. But how did it accomplish this historic transformation?

This book explores the development of Rome during this period, and the nature of its control over Italy, considering why and how the Romans achieved this spectacular dominance. For Rome was only one of a number of emerging centres of power during this period. From its complex forms of government, to its innovative connections with other states, Kathryn Lomas shows what set Rome apart. Examining the context and impact of the city's dominance, as well as the key political, social and economic changes it engendered, this is crucial reading for anyone interested in Ancient Rome. 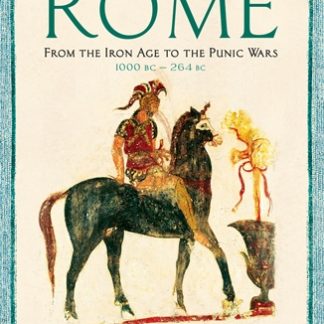