The Ruin of the Roman Empire (Epub)

A provocative portrait of the end of Rome's empire in the 5th and 6th centuries by a major historian, who tells the story of the barbarians who might have saved it and the Emperor who brought it down.

What really marked the end of the Roman Empire? James O'Donnell's magnificent new book takes us back to the sixth century and the last time the Empire could be regarded as a single community. Two figures dominate his narrative – Theodoric the 'barbarian', whose civilized rule in Italy with his philosopher minister Boethius might have been an inspiration, and in Constantinople Justinian, who destroyed the Empire with his rigid passion for orthodoxy and his restless inability to secure his frontiers with peace. The book closes with Pope Gregory the Great, the polished product of ancient Roman schools, presiding over a Rome in ruins. 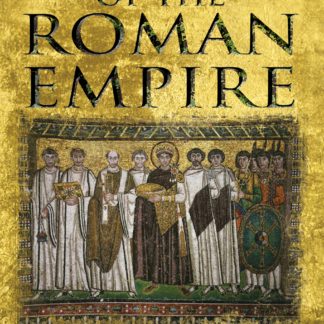 You're viewing: The Ruin of the Roman Empire (Epub) £8.99
Add to basket