The Unwritten Laws of Business (Epub)

This hidden gem was first published 60 years ago but was known only to a lucky few until it resurfaced in 2005 – when 300,000 requests were made for a CEO's personalised version.

In the summer of 2005, Business 2.0 published a cover story on a self-published management pamphlet by the CEO of American aerospace contractor Raytheon. Lauded by chief executives including Jack Welch and Warren Buffett ('one of the best books I've seen') it became a phenomenon, and more than 300,000 people wrote in to ask for a copy. But much of the pamphlet drew on a book from 1944 – which Profile reissued, updated as The Unwritten Laws of Business in 2007.

Filled with sage advice and written in a clear, engaging style, it offers insights on relating to colleagues and outsiders, the laws of character and personality, personal development, and much, much more – all of which has stood the test of time.

Refreshingly free of the latest business jargon, The Unwritten Laws of Business is wise, ethical and insightful, capturing and distilling the timeless truths and principles that underlie management and business the world over. 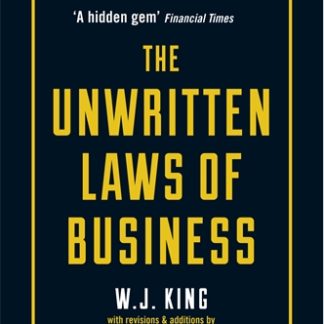 You're viewing: The Unwritten Laws of Business (Epub) £9.99
Add to basket