The War of Nerves (B Format Paperback)

A major new history of the Cold War: exploring the conflict through the minds of the people who lived it

[Sixsmith] has found another way of telling the story of the Cold War, one that laces history with the mind games that were played by both sides' The Times

More than any other conflict, the Cold War was fought on the battlefield of the human mind. And, nearly thirty years since the collapse of the Soviet Union, its legacy still endures – not only in our politics, but in our own thoughts, and fears.

Drawing on a vast array of untapped archives and unseen sources, Martin Sixsmith vividly recreates the tensions and paranoia of the Cold War, framing it for the first time from a psychological perspective. Revisiting towering personalities like Khrushchev, Kennedy and Nixon, as well as the lives of the unknown millions who were caught up in the conflict, this is a gripping account of fear itself – and in today's uncertain times, it is more resonant than ever. 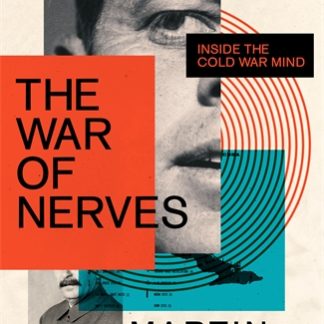 You're viewing: The War of Nerves (B Format Paperback) £12.99
Add to basket