In July 2008 Eton-educated British mercenary Simon Mann was sentenced to 34 years in prison for attempting to overthrow the government of Equatorial Guinea. This revised edition of Adam Roberts' gripping account of the coup contains sensational new material (including reporting from Zimbabwe) on all of the latest developments.

In March 2004 a group led by Nick Du Toit and former SAS member Simon Mann tried to overthrow the tyrannical Obiang Nguema, president of Equatorial Guinea. They were working for investors, allegedly including Mark Thatcher and "J.H. Archer", who wanted to seize control of Africa's third largest oil producer. Roberts tells how the coup was set up and abandoned at the last minute, and how the plotters were seized and subsequently tortured. The new material includes an account of Mann's illegal abduction from prison in 2008; his dramatic trial, in which he accuses named individuals, including Thatcher, of being deeply involved in the plot; Thatcher's fears of "extraordinary rendition" to Equatorial Guinea; and Eli Calil's revelatory admission that he supported forced regime change in Equatorial Guinea. 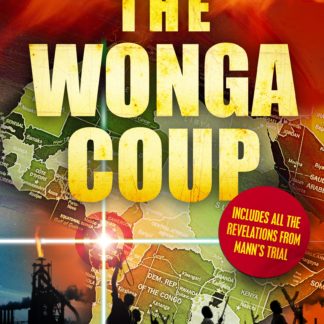