Up Pohnpei (B Format Paperback)

Penguins Stopped Play meets Cool Runnings in this hilarious and uplifting true story of footballing triumph against all the odds, set on a Pacific island.

After one too many late night discussions, football journalist Paul Watson and his mate Matthew Conrad decide to find the world's worst national team, become naturalised citizens of that country and play for them – achieving their joint boyhood dream of playing international football and winning a 'cap'. They are thrilled when Wikipedia leads them to Pohnpei, a tiny, remote island in the Pacific whose long-defunct football team is described as 'the weakest in the world'. They contact Pohnpei's Football Association and discover what it needs most urgently is leadership. So Paul and Matt travel thousands of miles, leaving behind jobs, families and girlfriends to train a rag-tag bunch of novice footballers who barely understand the rules of the game.

Up Pohnpei tells the story of their quest to coach the team and eventually, organise an international fixture – Pohnpei's first since a 16-1 defeat many years ago. With no funding, a population whose obesity rate is 90 percent and toad-infested facilities in one of the world's wettest climates, their journey is beset by obstacles from the outset. Part travelogue, part quest, Up Pohnpei shows how the passion and determination of two young men can change the face of football – and the lives of total strangers – on the other side of the world. 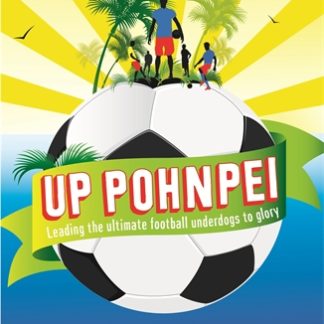 You're viewing: Up Pohnpei (B Format Paperback) £9.99
Add to basket