This dazzling biography of Voltaire celebrates his extraordinary life through the thousands of his letters to have survived.

We think of Voltaire as the epitome of the Enlightenment; in his own time he was also the most famous and controversial figure in Europe.

Davidson tells the whole, rich story of his life (1694-1778) – his early imprisonment in the Bastille; exile in England and his mastery of English; an obsession with money, of which he made a huge amount; a scandalous love life; his infatuation with Frederick the Great; a long exile on the borders of Switzerland; his passion for watch-making; his human rights campaigns and his triumphant return to Paris to die there as celebrity extraordinaire. Throughout all of this Voltaire's life was always informed by two things: a belief in the essential value of toleration in the face of fanaticism; and in the right of every man to think and say what he liked. It is rare to have such a vivid portrait of a great man. 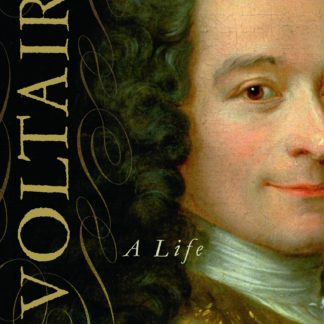