Where the Line is Drawn (B Format Paperback)

'Brilliantly evokes the Palestinian tragedy by way of a complex friendship. This is a fiercely intelligent and honest account.' – Ian McEwan

As a young boy, Raja Shehadeh was entranced by a forbidden Israeli postage stamp in his uncle's album, intrigued by tales of a green land beyond the border.He couldn't have known then what Israel would come to mean to him, or to foresee the future occupation of his home in Palestine. Later, as a young lawyer, he worked to halt land seizures and towards peace and justice in the region. During this time, he made close friends with several young Jewish Israelis, including fellow thinker and searcher Henry. But as life became increasingly unbearable under in the Palestinian territories, it was impossible to escape politics or the past, and even the strongest friendships and hopes were put to the test.

Brave, intelligent and deeply controversial, in this book award-winning author Raja Shehadeh explores the devastating effect of occupation on even the most intimate aspects of life. Looking back over decades of political turmoil, he traces the impact on the fragile bonds of friendship across the Israel-Palestine border, and asks whether those considered bitter enemies can come together to forge a common future. 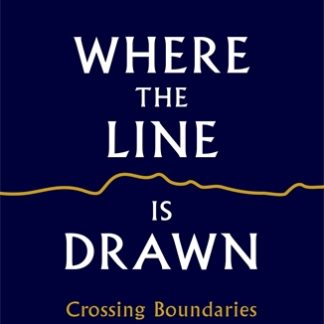 You're viewing: Where the Line is Drawn (B Format Paperback) £10.99
Add to basket