With this no-holds-barred assault on popular myths and prejudices, a science historian debunks psychobabble and extraordinary, nonsensical claims. 25 illustrations.

A survey of a range of irrationalisms, with explanations of their empirical and logical flaws, this book describes the differences between science and pseudo-science, and goes on to describe and critique popular contemporary irrationalisms.

Why do smart people believe weird things?Why do so many people believe in mind reading, past-life regression therapy, extra-terrestrial abduction and ghosts? What is behind the rise of 'scientific creationism' and Holocaust denial? In an age of supposed scientific enlightenment why do we appear more impressionable than ever?Scientific historian, and director of the Skeptics Society, Michael Shermer debunks these extraordinary claims in a no-holds-barred assault on the popular superstitions and confused prejudices of our time. Exploring the very human reasons behind otherworldly phenomena, conspiracy theories and cults Shermer explains why are they are so appealing to so many."Skepticism is the agent of reason against organized irrationalism -and is therefore one of the keys to human social and civic decency."Stephen Jay Gould, from his forewordShermer reveals the darker side of wishful thinking, through the recovered memory movement, satanic rituals and other modern witch hunts, and ideologies of racial superiority. Confronting those who take advantage of the gullibility of other people to advance their own, self-serving agendas Why People Believe Weird Things is compelling and often disturbing. It is a perceptive portrait of the human capacity for self-delusion and a celebration of the scientific spirit. 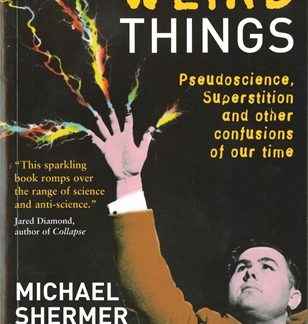