Why We're Polarized (B Format Paperback)

'It's been a long time since I learned so much from one book.' – Rutger Bregman author of Utopia for Realists

In Why We're Polarized, Ezra Klein reveals the structural and psychological forces behind America's deep political divisions, revealing how a system filled with rational, functional parts can combine into a dysfunctional whole. Neither a polemic nor a lament, this book offers a clear framework for understanding everything from Trump's rise to the Democratic Party's leftward shift to the politicisation of everyday culture.

Klein shows how and why American politics polarised in the twentieth century, what that polarisation did to Americans' views of the world and one another, and how feedback loops between polarised political identities and polarised political institutions drive the system toward crisis. This revelatory book will change how you look at politics, and perhaps at yourself. 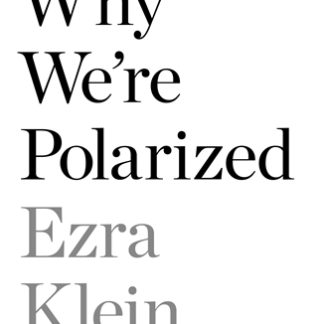 You're viewing: Why We're Polarized (B Format Paperback) £10.99
Add to basket