A Cardus for All Seasons (Paperback)

Neville Cardus watched and chronicled cricket for over fifty years and no other writer has so understood (and was equipped to explore) the peculiar magic of this most English of games. His writing span cricket's changes, from the 1920's when it was run by amateurs, to the 1950's when the professionals took over. In this collection of writings (many previously unpublished in book form) we see how cricket reflected the atmosphere and spirit of each age, from the gusto left over from the Edwardian era, to a less romantic age. The Cardus style - whether romantic or satirical, laudatory or condemning - remains a joy to read while the criticisms he levelled at eras long gone remain just as relevant to the game as it is played today. Neville Cardus was Britain's greatest sports writer, his reports for the Guardian made sports journalism a source of vivid description and criticism rather than a purely factual account. Every sports writer since has been influenced by him, whether consciously or not.

From an impoverished home background, and mainly self-educated, he became the Manchester Guardian's cricket correspondent in 1919 and its chief music critic in 1927, holding the two posts simultaneously until 1940. His contributions to these two distinct fields in the years before the Second World War established his reputation as one of the foremost critics of his generation.

Cardus's approach to cricket writing was innovative, turning what had previously been largely a factual form into vivid description and criticism; he is considered by contemporaries to have influenced every subsequent cricket writer. Cardus's opinions and judgments were often forthright and unsparing, which sometimes caused friction. Nevertheless, his personal charm and gregarious manner enabled him to form lasting friendships in the cricketing and musical worlds, with among others Newman, Sir Thomas Beecham and Sir Donald Bradman.

Cardus spent the Second World War years in Australia, where he wrote for The Sydney Morning Herald and gave regular radio talks. He also wrote books on music, and completed his autobiography. After his return to England he resumed his connection with the Manchester Guardian as its London music critic. He continued to write on cricket, and produced books on both his specialisms.

Cardus's work was publicly recognised by his appointment as a Commander of the Order of the British Empire (CBE) in 1964 and the award of a knighthood in 1967, while the music and cricket worlds acknowledged him with numerous honours. 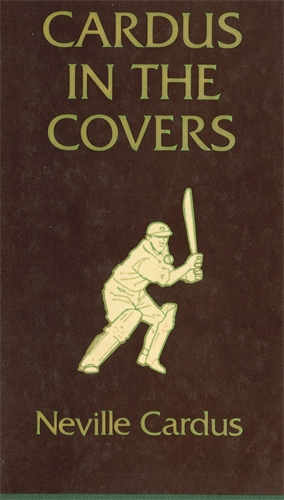 Cardus in the Covers 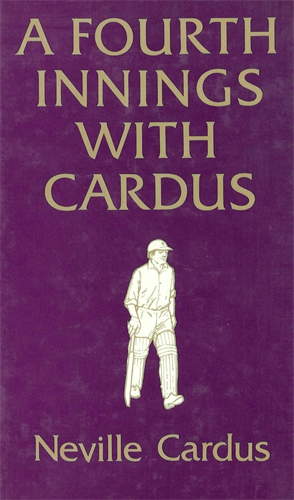 A Fourth Innings with Cardus 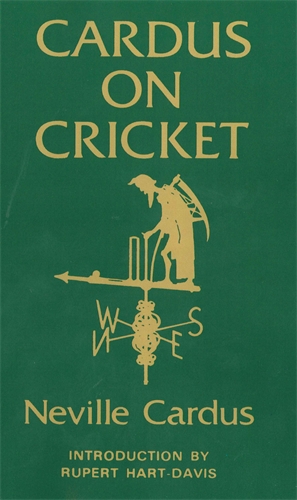 Sir Neville Cardus was a literary writer whose subject happened to be cricket, and Cardus on Cricket is a representative selection of the best of Card…