...a triumph and will be read by many beyond the energy sector. Erudite, convincing and grounded in Clarke's experience of life in the oil-producing countries on the fringes of Western influence, Empires of Oil will command a place on the shelf devoted to other classics of international energy politics.

We might think that the world's oil empires are invincible megaliths, dominated by American interests, but Duncan Clarke reveals the ways in which these empires will face huge challenges in the twenty-first century. Based on razor-sharp analysis of contemporary geopolitics and a deep knowledge of global history, he shows exactly why these empires are declining. He explains where the new empires of oil will be around the world; which of the hidden threats and unknown enemies are and will be the most serious; and where companies have gone wrong and can improve their global strategies. Empires of Oil reveals how the world will change because of global battles over the commodity that underpins our lives.

Reviews for Empires of Oil

'...a triumph and will be read by many beyond the energy sector. Erudite, convincing and grounded in Clarke's experience of life in the oil-producing countries on the fringes of Western influence, Empires of Oil will command a place on the shelf devoted to other classics of international energy politics.'

'If you read just one book on oil this year, let it be by Duncan Clarke, whose Empires of Oil is a stimulating mix of futurology, philosophy, and real politik, with a dose of lateral thinking thrown in. Drawing on sources as diverse as Machiavelli and Gibbon, Niall Ferguson and Robert D Kaplan, as well as lessons learnt from three decades as a leading industry advisor, Clarke challenges current assumptions about the future of oil. The result is a blast of fresh intellectual air that forces a radical reappraisal of the role of the commodity that shapes our lives, for better or for worse.'

'A timely contribution to debate on corporate oil as the world fast-forwards into an uncertain energy future. With characteristic iconoclasm, Clarke critically evaluates urgent challenges presented by geopolitical transformations, explaining why smart companies must change strategies, portfolio choice and tactics to survive. The old order based on large players exercising unbridled power around the globe is under siege from smaller, more nimble competitors while state oil companies worldwide are redefining the rules of the global oil game, with resource nationalists and ethnic militia redrawing the oil map to restrict entry and reserve access for traditional players.'

Duncan Clarke is founder and Chairman of the Board, Global Pacific & Partners, a private advisory firm based in London, with vintage of around 40 years. Born and raised in Central Africa, he gained the PhD (Economics) at University of St Andrews, 1975, and has since written and published extensively on Africa and as well been an economist and advisor to governments and companies worldwide, and focused on geo-economics, historiography and corporate strategy in Africa and the global upstream industry. 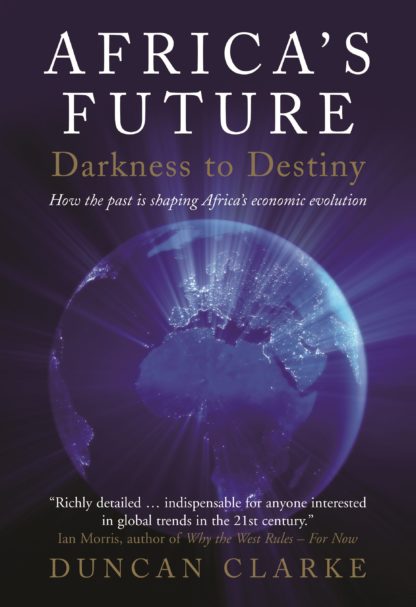 One of the world's leading strategists on global oil exploration puts forward a unique reformulation of Africa's economic past, present and fu…

One of the world's leading strategists on global oil exploration turns his critical eye to Africa's oil prize, to produce this definitive acco…