The Story of Daily Life From Breakfast to Bedtime

An original idea that's well-executed and of interest to anyone who's enjoyed a fry-up, stood by a water-cooler and slept under a duvet. By interrogating the history of everyday objects and routines, Moran reveals the contingent, often extraordinary, nature of daily life in Britain, and the material culture that dominates it in the early 21st century. I thoroughly enjoyed it.

Why do so many people go on about queuing? Have we always been obsessed with traffic? And why do so many of us now eat lunch at our computers - al desko?

We spend our days catching buses and trains, writing emails, shopping, queuing...But we know almost nothing about these activities. Exploring the history of these subjects as they come up during a typical day, starting with eating breakfast and ending with sleeping, Joe Moran tells a story about hidden social and cultural changes in Britain since the Second World War. Drawing on his academic research on everyday life, but writing with wit and lucidity for a popular audience, he shows that we know less about ourselves than we think...

Reviews for Queuing for Beginners

'An original idea that's well-executed and of interest to anyone who's enjoyed a fry-up, stood by a water-cooler and slept under a duvet. By interrogating the history of everyday objects and routines, Moran reveals the contingent, often extraordinary, nature of daily life in Britain, and the material culture that dominates it in the early 21st century. I thoroughly enjoyed it.'

'A thoroughly novel and refreshing way of looking at our recent history. This is "mundane" as a good thing. It is a daybreak to bedtime story told further from "them", and nearer to "us". Almost every page has its "yes!..I'd forgotten" moment. I loved his book enormously.'

'Queuing for Beginners is a splendidly entertaining book. Joe Moran take a simple but wonderfully imaginative idea, following an ordinary working day from breakfast to bedtime, and uncovers the twentieth-century history of the mundane rituals through which we structure our lives. Nothing escapes his gaze, from cereal packets to chain pubs, and the result is a deft, clever and endlessly fascinating example of social history at its best.'

'A wonderfully insightful probe into the habits and rituals that have made up daily life in Britain since the Second World War. Almost nothing escapes Joe Moran's penetrating gaze; an inspired anthropologist of the ordinary, and often very funny, he turns his readers into informed observers, and gives an enhanced understanding of what we do every day without a second thought and why we do it. You'll never eat a slice of toast, join a queue or send an e mail in the same way again.'

'wonderfully entertaining...every page pulses with humour, ephemeral research and irresistible nuggets of useless information...His book is your life, examined by a post-modern academic in fluent and breezy style, social history at its most accessible.'

'One of those rare books written with academic rigour which has mass market appeal. As a snapshot of how life used to be and what it has become this book can't be beaten.'

'Fascinating stuff, and Moran delivers it in a relaxed and often hilarious style.'

'I've just read Queuing for Beginners by Joe Moran, an affectionate tribute to British life that's very funny and bang up to date with chapters on email etiquette and the seven-minute lunch break. It made me want to take the author to the pub, where I'd ask him why we drink beer in pints.'

Joe Moran is Professor of English and Cultural History at Liverpool John Moores University. He contributes regularly to the Guardian and other newspapers. His book On Roads was longlisted for the Samuel Johnson Prize and, together with his previous book, Queuing for Beginners, received unanimous critical acclaim. 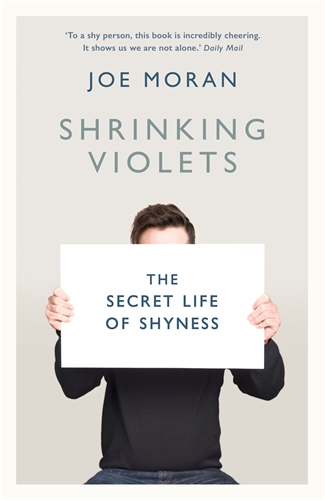 Come on, don't be shy: pick up this outstanding cultural history of shyness from the brilliant Joe Moran 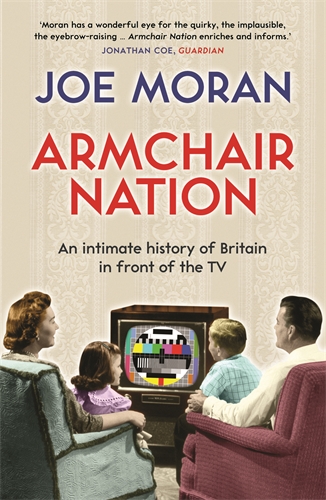 The story of television and how it has changed our lives – from the moon landings to the X Factor. 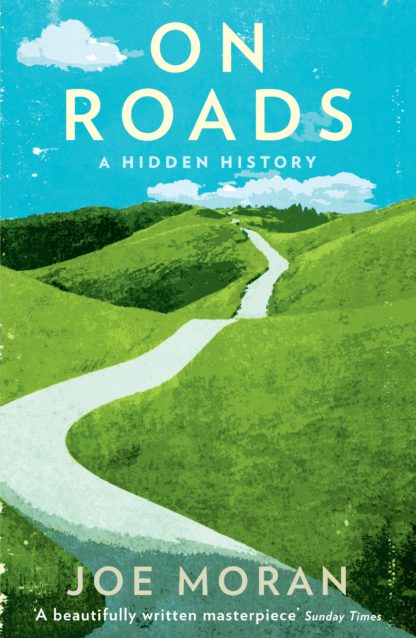