Raymond Hull (1919-1985) was a Canadian playwright, television screenwriter, and lecturer. He also wrote many non-fiction books, numerous magazine articles, short stories, and poetry. He is best known as the co-author of the book The Peter Principle with Laurence J. Peter. He is also known for the saying 'He who trims himself to suit everyone will soon whittle himself away.'

He studied creative writing at the University of British Columbia at the age 30 after discovering he had an aptitude for the craft. After graduation, he eventually began writing television screenplays for the Canadian Broadcasting Corporation. He later branched into writing for the stage and in time formed The Gastown Players. 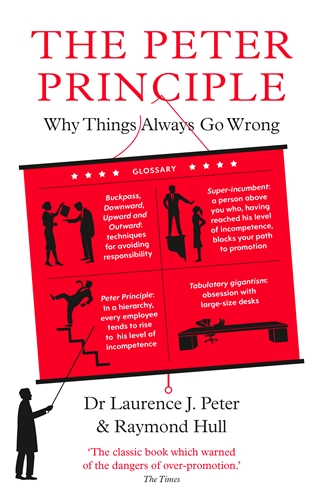 The Peter Principle – "In a hierarchy, every employee tends to rise to his own level of incompetence"