Scott Kim is an American puzzle and computer game designer, artist, and author of Korean descent. He started writing an occasional 'Boggler' column for Discover magazine in 1990, and became an exclusive columnist in 1999, and created hundreds of other puzzles for magazines such as Scientific American and Games, as well as thousands of puzzles for computer games. He was the holder of the Harold Keables chair at Iolani School in 2008.
Kim was born in 1955 in Washington D.C. and grew up in Rolling Hills Estates, California. He had an early interest in mathematics, education, and art, and attended Stanford University, receiving a BA in music, and a PhD in Computers and Graphic Design under Donald Knuth. In 1981, he created a book called Inversions, words that can be read in more than one way. His first puzzles appeared in Scientific American in Martin Gardner's "Mathematical Games" column and he said that the column inspired his own career as a puzzle designer.
Kim is one of the best-known masters of the art of ambigrams.
Kim is a regular speaker on puzzle design, such as at the International Game Developers Conference and Casual Games Conference.
He lives in Burlingame, California with his family. 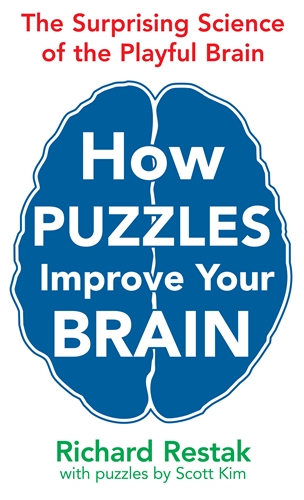 How Puzzles Improve Your Brain

Whether you want to improve your memory, or give your brain a full work-out to improve logic and visual observation skills, this book is packed with b…