A Cardus for All Seasons ()

Neville Cardus watched and chronicled cricket for over fifty years and no other writer has so understood (and was equipped to explore) the peculiar magic of this most English of games. His writing span cricket's changes, from the 1920's when it was run by amateurs, to the 1950's when the professionals took over. In this collection of writings (many previously unpublished in book form) we see how cricket reflected the atmosphere and spirit of each age, from the gusto left over from the Edwardian era, to a less romantic age. The Cardus style – whether romantic or satirical, laudatory or condemning – remains a joy to read while the criticisms he levelled at eras long gone remain just as relevant to the game as it is played today. Neville Cardus was Britain's greatest sports writer, his reports for the Guardian made sports journalism a source of vivid description and criticism rather than a purely factual account. Every sports writer since has been influenced by him, whether consciously or not. 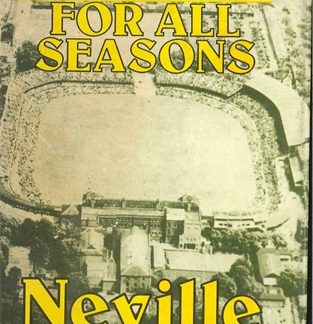