Reminiscent of Cormac McCarthy, Desperadoes is the first novel by the author of The Assassination of Jesse James by the coward Robert Ford, now a major film.

Aged 65, Emmett Dalton is the last survivor of the legendary Dalton gang. Now he lives off his memories in Hollywood. Combining fact and fiction, Ron Hansen depicts the outlaw past of the Daltons and the West they travelled. The Dalton brothers turn from being peace officers in the Indian territories to a life of rustling. When their leader, Bob, meets Eugenia Moore, a schoolteacher who begins to plan their robberies, they become the most notorious outlaws of their time.

As their raids, on trains and banks, become more daring and successful the price on their heads and the pursuit of the law increase. Then they ride into Coffeyville, intending to rob both the town's banks. Ron Hansen was the first writer to approach the mythology of the West with the intent of rewriting history, to show the mixed motives and dubious intentions of heroes and outlaws alike. In Hansen's carefully styled authentic voice (drawing on contemporary newspapers and accounts) his novels would pave the way for Cormac McCarthy's Border trilogy. Combining historical research with his novelist's imagination and ability to evoke character, Ron Hansen rewrites the history of the American West, and revises the romanticised mythology of violence created by Hollywood. 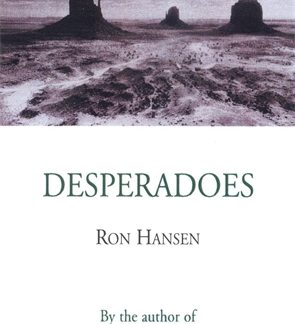