A chilling sci-fi novel based on the classic series, Doomwatch.

Based on the classic sci-fi series Doomwatch, Mutant 59 imagines one of the most terrifying tragedies that modern science could create, a chilling and topical story of what happens when scientific research goes wrong and spreads terror through London (and endangers the world). When an airplane crashes the Ministry of Transport investigates, what caused it to fall out of the sky and could it happen again? Slowly they discover that science has unleashed a genetically engineered bacteria that feeds on (and destroys) all plastic materials. No-one takes any notice of the material used to build gas pipes, electrical insulation, cars and planes until it begins to disintegrate and explode. Has science created a biological time bomb? A jet plane crashes near Heathrow, in the Atlantic a nuclear submarine disappears without trace, central London grinds to a halt. As power stations explode and London's population is evacuated Anna Kramer and Luke Gerrard search for the scientific key to a fiery holocaust that is capable of infecting the world. 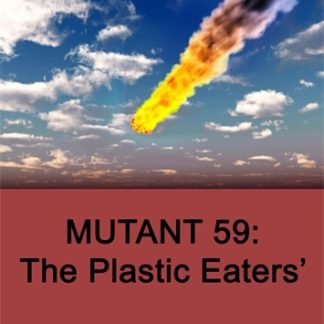