The Piazza San Marco is the most famous townscape in the West. This book is the first to consider it as a coherent whole, as a theatre in which the whole of Venetian history took place, to which it can serve as a highly evocative introduction.

Piazza San Marco is a dynamic open space organically connected to the buildings which frame it. It shows how much is lost if the ensemble is divided into the individual structures of Doges' Palace, Basilica of San Marco, Campanile and so on, each 'marvellous' in their own right but functionally separate.

Here a different story is told by relating them to each other and to the theatrical piazza of which they form a part; it sees the events that took place there as a barometer of 1,000 years of Venetian history. It recreates not only rituals of the past but also the activities of the present – from the coronation of the Doge and the arrival of the Crusaders' loot, through the pathetic collapse of the Republic, to Death in Venice and the legendary Pink Floyd concert of 1989 – all taking place in an iconic space which the writings of traditional historians have left dead and silent. 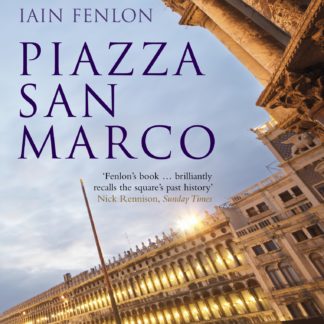