The Bombay Marines are the East India Company's private fighting ships, defending India's coast and naval trading routes. Captain Adam Horne is the commander of history's first naval commandos and a hero in the mould of Hornblower, Alexander Kent's Bolitho or Patrick O'Brian's Aubrey and Maturin. In this, the first part of the Adam Horne trilogy, it is 1761, and Pondicherry, the last stronghold of the French in India, has fallen to the British. In a novel that 'Lloyd's List' described as "everything a good yarn should have" Captain Horne is given a secret mission: to capture the defeated French commander, Thomas Lally, from the prison of Fort St. George on Madras – if he fails his unit will be disbanded. When most of the Bombay Marines are deployed on the east coast of India Horne finds his unit is left undermanned. Horne is left with only one choice: to take his pick of the motley collection of thieves, rapists and murderers held in the prisons of Bombay Castle and train them for what will be the most closely guarded campaign of the Seven Years' War. Drawing on a wealth of historical characters and events from the East India Company's early history and the author's first-hand knowledge of India and the Arabian Sea the action moves from sea to land, from the colourful waterfront of Bombay to the sadistic penal colony of Bull Island and the cataclysmic denouement within the walls of Fort St. George. Captain Adam Horne is a dashing dare-devil operating among the exotic dangers of Britain's most coveted territory. 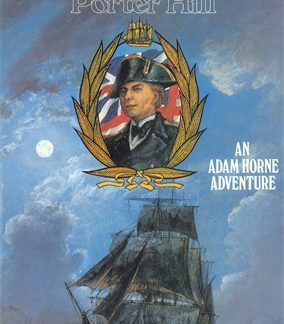 You're viewing: The Bombay Marines (Epub) £3.99
Add to basket