Vesuvio is the golden Voyager, destined to journey through every cavern of depravity in the ancient world. It is a time when Rome was at its most decadent and throbbing with the muscle of slavery, the First Century A.D., an age of sensual adventure and unbridled sexuality. Following Golden Voyager and Pagan Voyager, the earlier volumes in the spectacular Voyager trilogy, comes the final chapter in the adventures of Vesuvio, Rome's greatest hero. Vesuvio is now a rich man but after his son Aurelius is kidnapped by bandits he must fight against Rome's decadence and cruelty. Vesuvio hunts for his son with help from the mistress of the most decadent brothel in Imperial Rome and has to secure passage on a pleasure galley sailing across the Mediterranean to Ethiopia to rescue his son. Following the bandits from the opulent Ethiopian capital, Axum, to the Egyptian port of Alexandria Vesuvio is again cast into slavery and punished as the embodiment of Rome. Aurelius must prove himself to be his father's equal to escape slavery and return to Rome. Majestic in scope and sizzling with fast-moving action, Voyager in Bondage recreates history's most decadent era, a time of sprawling arenas of blood and lavish beds of unimaginable pleasure, for anyone who has enjoyed movies such as Spartacus or Gladiator. 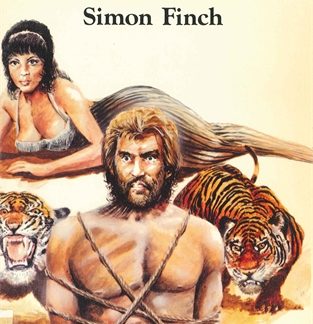 You're viewing: Voyager in Bondage (Epub) £9.99
Add to basket