View basket “Transformer (Digital Audio, MP3)” has been added to your basket.

What brings the Earth to life, and our own lives to an end?

'One of my favourite science writers' Bill Gates

For decades, biology has been dominated by information – the power of genes. Yet in terms of information there is no difference between a living cell and one that died a moment ago. What really animates cells and sets them apart from non-living matter? This question goes back to the flawed geniuses and heroic origins of modern biology. The answer could turn our picture of life on Earth upside down.

In Transformer, Nick Lane captures a scientific renaissance that is hiding in plain sight. At its core is a cycle of reactions that transforms inorganic molecules into the building blocks of life, and the reverse – the iconic Krebs cycle that sits at the heart of metabolism. This conflicted merry-go-round of energy and matter has long taunted true understanding. Nick Lane is in the vanguard of scientists now tracing its ramifications across the tree of life.

To grasp the Krebs cycle is to fathom the deep coherence of biology. It connects the first photosynthetic bacteria with our own peculiar cells. It links the emergence of consciousness with the inevitability of death. And it puts the subtle differences between individuals in the same grand story as the rise of the living world itself.

Life is at root a chemical phenomenon: this is its deep logic. 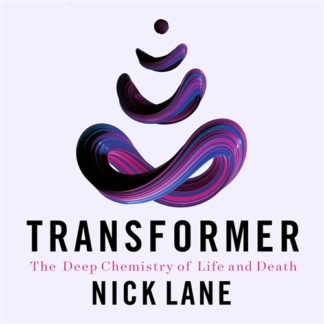